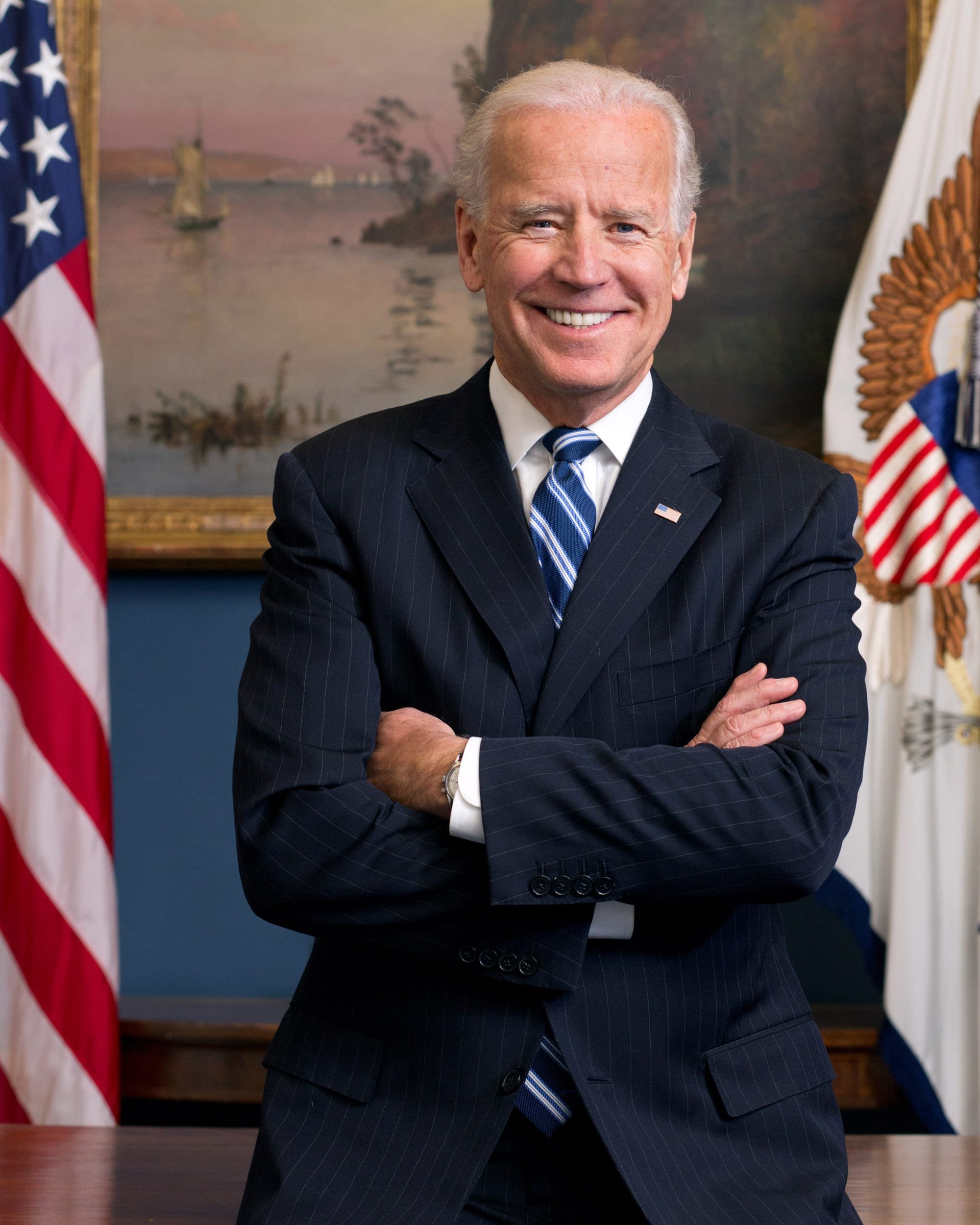 The presidential election always draws attention because of its effect on the global world. This year’s election saw a new twist because the Coronavirus pandemic made many citizens, especially the Democrats to vote by mail as opposed to the Republicans who preferred to vote in person.

The rave, crave and anxiety which is normally associated with the Presidential election wasn’t felt this year because many of the citizens weren’t “fired up”, however, Americans experienced a new dimension in the 2020 presidential election due to the way they voted.

Before the election, the polls saw Joe Biden winning with a slight margin in all the swing states. However, Democrats were not ready to leave any stone unturned, they did their best to ensure that they reached out to all voters, especially in the swing states to vote by mail, but President Trump encouraged his base to vote in person.

In the past, election results were usually known on election night or the early hours of November 4, but this year’s election took a new twist because most of the citizens preferred to vote by mail in an effort to curb down the spread of the virus. Before the election, journalists, politicians, and political analysts have opined that the results of the election will not be known until after a week or more because all mail-in boxes need to be counted. These pundits were right.

On November 3, there was tension in the land and globally as all eyes were glued to the television waiting anxiously for the results to trickle in. As the results of the election began to trickle in, Republicans and supporter of President Trump felt very happy and confident they will win the election. President Trump wasn’t left out of this euphoria. On the other hand, Democrats on the other hand were a little bit uneasy because it appears the Republicans were winning with a high margin especially as it relates to the swing states votes which will decide the election.

It’s important to mention that, in the American presidential election, the president is elected via electoral College. Any presidential candidate that secures more than 270 electoral votes is automatically declared the winner. This electoral college has been condemned by some schools of thought as been flawed. Schools of thought that support the electoral college do it because it gives all Americans a sense of belonging as opposed to using the popular vote which merely determines votes of each state.

Proponents of the Popular vote do it because it defines democracy (government of the people for the people and by the people). This school of thought didn’t factor in what will be the case if a State with a great population like Texas, Pennsylvanian, Illinois, Virginia, and New York all vote for a candidate while States with smaller populations like North. Dakota, South Dakota, Vermont, and Wyoming vote for a candidate and their votes don’t carry much, they might be shortchanged, especially when the states with small population vote for a more credible candidate.

President Trump appears to be leading with a decent margin. When it became clear, the election will be a very close one, all Americans were anxious about who will win the election. As the tension was increasing Joe Biden came out to address the citizens assuring them to remain calm and wait for the election results. He also added he’s optimistic he will win the election when all the votes are counted.

President Trump on his own part stated he’s winning and announced that the counting should stop. He went on to say he has won the election, that Democrats were trying to rig the election with mail-in votes. The election began to get interesting when Democrats woke on November 4 to see that they have hope in the election seeing the change in election results.  Reality began to set on President Trump when Joe Biden began to pick up votes in the swing States.

Immediately after Joe Biden was announced the projected winner of the election, President Trump refused to concede the election. He rather assembled a team of lawyers to contest the election results on grounds of fraud. But each time he goes, the court dismissed all the claims for having no evidence. President Trump also stated he won’t invite Joe Biden to the White House as usually done by the previous President.

This singular decision attracted top Republicans who are in a position to call the president to order.  Another group of people that love Donald Trump are Nigerians. In fact, Nigerians love Donald Trump and adore him like an idol.  If asked why they love Trump and hate Joe Biden, their response will be he’s a Christian and against gay and abortion. Some even said, he queried president Buhari over killing of Christians?

These interesting Nigerians didn’t realize that not all Democrats love Gay and some Republicans are gay. For instance, apart from being a Democrat, I am also an ordained minister of God, and does that mean I support gay and abortion? NO! And for supporters of Trump who support on his morality group, I have one question for you. What do you say to a person who says “when you are a star, you can do anything to a woman, “you can grab women by the pussy”. One begins to wonder if this is a rational way of supporting a leader.

It should be noted that most Nigerians are emotional, religious, and sentimental. Once they perceive you as someone who doesn’t play their card, they write you off. These interesting Nigerians fail to look at the ideologies of each party and the personality of each candidate. Once an election result is called, it is generally expected for the losing candidate to call the winner, but this didn’t play out as President Trump is learning how to lose.

President Trump has refused to call Joe Biden, the President-Elect. He even refused intel brief for Joe Biden. According to sources familiar with Trump, he has no plans of attending the inauguration. You may be wondering what led to the loss of the President Trump. Well, we shall discuss a few topical reasons why he lost.

When you juxtapose President Trump’s personality and morality stand, you begin to wonder how and why some people support a man who has little or no sympathy and human empathy. This is because, under this watch, more than 243,000 people have died from COVID-19, while there have been more than 10 million recoded cases all because he didn’t take it serious.

Furthermore, the social uprising and George’s Floyd’s death has really awakened Americans because the Black race does not seem to matter to President Trump and White Supremacy. This act also influenced the minds of many voters to vote against an incumbent. After George Floyd’s deaths, systematic racism was given life by President Trump’s admirations.

President Trump’s claim of fraud is baseless because this is one of the ‘most secured’ elections in American with the highest popular vote in US history. As a matter of fact, Tom Ridge, a former Pennsylvanian Republican Governor said, as a lifetime Republican, this is the first he’s voting for a Democrat. He said that President Trump’s claim of fraud is shameful, baseless, and unsubstantial.

When it comes to American politics, it’s literally dicey because it’s always heavily contested and very close.  It’s quite unfortunate people who don’t have insight about the election and are not even on the ground to know what’s happening base their understanding and opinion on hearsay evidence and half-baked truth from bloggers who spread false information just to appeal to the sentiment of gullible minds.

Americans were truly fed up with President Trump’s style of leadership and as such, they came out in an unprecedented manner to vote for Joe Biden. It’s interesting to note that Joe Biden made history by having the highest number of votes in the US presidential election. Also, Kamala Harris made history by being the first woman to be elected Vice President in the US.

As Joe Biden and Kamala Harris prepare to restore the soul of America, I pray they succeed and hope they’ll unite the divided country. I, therefore, call on loving and good people to support them.

On behalf of the Global Empowerment & Mentoring Imitative Inc, I, Henry Anyaehiechukwu Ukazu join other world leaders to congratulate Joe Biden and Kamala Harris on their victory as the 46th President- elect and Vice President-elect of the United States of America.

Henry Ukazu writes from New York. He’s a self-discovery expert and works with the New York City Department of Correction as the Legal Coordinator. He’s the author of the acclaimed book Design Your Destiny – Actualizing Your Birthright To Success and President of gloemi.com. He can be reached via info@gloemi.com