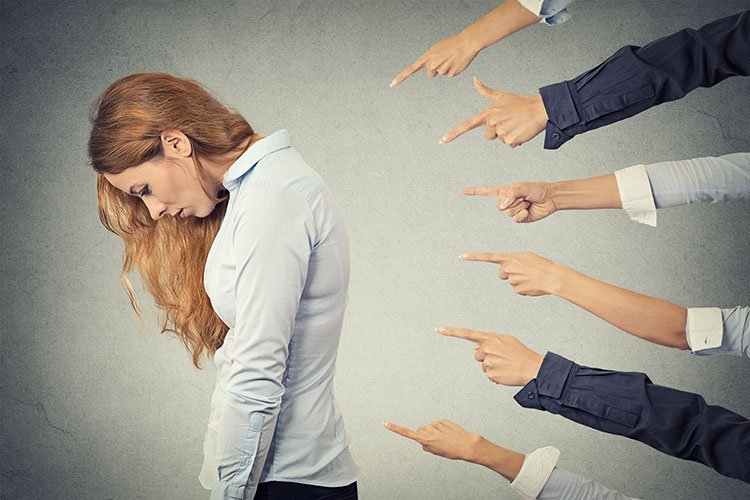 In our contemporary society, perception is everything, most especially in this era of social media where people share information which either depicts their business, interest or passion. The good thing about sharing information however, is that it gives visibility which in turn attracts value. In communication, it is important to relate with people with resourceful messages. Regardless of what one is sharing, it is instructive also to note that you are sharing information which you like people to know about.

However, the negative effect of sharing different content on the social media, and depending on what you share, is that the society merely finds it as either controversial or socially ignominious or irritating. This can adversely affect or destroy your brand and also label you in certain ways.

When we talk about labeling, several thoughts naturally come to mind. Generally, labelling is seen as a way of identifying people. Labeling can be positive or negative, depending on usage. Depending on how you may have been described or labelled, it is important to note that perception doesn’t define you in a holistic manner. It only gives an impression based on the perception of the person describing you.

Labeling comes in different ways. Some come across as judgments based on hearsay, some create stereotypes, bias, fears and stigma. Labels don’t see people — they describe an oversimplified version of who they are. When you label yourself, you are following the same pattern. Labelling tends to discard all sense of individual identity, and this can be detrimental to not only our personality, but our society in general.

When people label you, they are merely telling you how their thought process works. They stick a label to define us, and if we are not strong, we’ll wear the label like it’s the truth. In one way or the other we may have been defined, but the true definition of a human being is to look at the challenges the person has been able to overcome.

Let’s take a case study of Albeit Einstein; his teacher told him, he’s a dull student and as such he won’t be able to get a good job. He was advised to look for the lowest skill job. Albert Einstein believed what his teacher told him and lived with it for a while, until one day he applied for a job in a company and he was required to do an aptitude test. After reviewing his grade, the Chief Executive Officer of the company called him and inquired why he applied for the lowliest position in the company as opposed to a more advanced position, he responded, that’s what he felt he could do. The manager then told him his score was the highest the company has ever received. From that day, Albert Einstein started to think highly of himself as opposed to believing what his teacher labeled him.

We live in a competitive world where people tend to copy the works, or fit into the standard of the world for social recognition. Don’t fall into the pressure of following the bandwagon. Stick to your calling and maintain your lane.  Don’t allow that label to stick. You’re perfect in your way. In the journey of life, people will laugh at you for reading a book,  they might call you a nerd; they might mock you for working extra hours to grow your business or learn a trade or even start a course that is not popular. They won’t believe in your project; they might tag you with names. Don’t be deterred; they are only seeing today, they are not aware you might be their boss tomorrow.

It is normal for people to say stuff about you or call you names simply because, either they can’t be like you or they are jealous of what you have been able to accomplish. When people label you, it goes to show their level of understating about who you are and their vision of life. Sometimes, human beings love to take advantage of people, especially when you are down. For example, they might say, ‘is this not the carpenter’s son’; that’s what they used to know you as, but you are no longer the names they used to call or tag you. It is important to note that you don’t need to prove yourself to people, your success and reputation will show them over time.

Have you been labeled or defined in a certain way? If yes, work on yourself and tell yourself, you are not where you used to be, and vow never to remain where or be the name you have been associated with, and the best way to do it is to challenge yourself to do better than you were yesterday.

Henry Ukazu writes from New York. He works with the New York City Department of Correction as the Legal Coordinator. He’s the author of the acclaimed book Design Your Destiny – Actualizing Your Birthright To Success and President of gloemi.com. He can be reached via info@gloemi.com