Knowledge is the New Gold 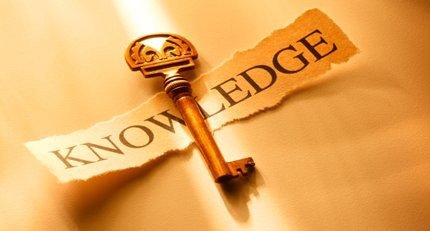 In contemporary times, the world has come to the realization of a new type of education that is different from the formal knowledge we are exposed to. Ordinarily, there are two types of education: formal education and informal information.

To me, this is the highest form of knowledge. You may be wondering why I said, so. With other forms of knowledge, it’s either taught or acquired and earned with conscious and deliberate effort. But with the personal development knowledge, you are not only intentional in acquiring it, but you are also deliberate in acquiring the knowledge.

This is because nobody is teaching you, neither are you learning indirectly from your parents or environment, but rather you have made a decision not to remain where you are. You decided it’s high time, you took your destiny into your hands.

With personal development knowledge, you go all out. You don’t wait for the information or knowledge to come to your doorstep, rather you step out of your comfort zone because you have the passion and interest in the industry. With this form of education, you’re able to create opportunities where there is none.

There are many examples of great people who have experienced this form of knowledge. For example, Abraham Lincoln, a lawyer, and former U.S. president who finished one year of formal schooling, self-taught himself trigonometry, and read on his own to become a lawyer; Andrew Carnegie, an industrialist, and philanthropist, and one of the first mega-billionaires in the US, who was an elementary school dropout; Andrew Jackson, former U.S. president, general, attorney, judge, congressman, who was home-schooled and became a practicing attorney by the age of 35; Justin Moskovitz, multi-millionaire co-founder of Facebook, who was a Harvard dropout.

Mark Zuckerberg, also a co-founder of Facebook, dropped out of Harvard University.Henry Ford, the billionaire founder of Ford Motor Company, did not attend college. Francois Pinault, the third-richest man in France quit high school in 1947 to work at his father’s lumber mill. One reason he quit school was because his classmates made fun of his poor background. Billy Joel once said, “If I’m not going to Columbia University, I’m going to Columbia Records and you don’t need a high school diploma over there.” He said this after learning he had fallen one credit short of his high school graduation requirement in 1967. The six-time Grammy Award winner has sold more than 150 million records worldwide.

Jay-Z (Shawn Carter) may have “99 problems,” but not having a high school diploma isn’t one. The American rapper, record producer, and entrepreneur is one of the most financially successful hip-hop artists in America. In 2021, Forbes estimated Jay Z’s net worth at $1.4 billion. He is one of the world’s best-selling artists of all time, having sold more than 100 million records while receiving 21 Grammy Awards for his musical works, as well as numerous additional nominations.

Richard Branson, Founder of Virgin Atlantic Airline is the son of a barrister and a flight attendant. He dropped out of Stowe School at age 16 to start an arts and culture magazine called Student. In 1970, at age 20, he founded a mail-order record retailer called Virgin. He later opened a record shop and recording studio, which became a retail chain, Virgin Records, and record company, Virgin Music. His Virgin Group empire now includes 200 companies in 30 countries, spanning airlines, music festivals, mobile companies, and other businesses. Today Branson owns two private Caribbean islands, Necker and Mosquito, and has an estimated net worth of $5.8 billion as of 2021, according to Forbes.

Do you notice anything about these successful people, they were all self-taught, they didn’t wait for anyone to give them an opportunity, rather they did what they have to do in order to acquire the kind of knowledge, wealth, or position they were aiming for. But the most interesting part of them is that they acquired knowledge which made a difference for them. That’s why I call personal development knowledge the new gold.The truth is that knowledge is priceless.

We can learn anything on YouTube, Instagram, Facebook, Linked In, Twitter, google plus, Pinterest, Udemy Skillshare Coursera EdX Udacity Pluralsight, etc. Despite the availability of these learning platforms, it’s quite unfortunate to see that many people have failed to take advantage of this learning opportunity to change their lives.

According to Anne Scavotto, Knowledge is power. Without a goal, it is only an idea. Without a plan, it is only information. Without implementation, it is only a resource for the future! We have a choice: to be complacent with our present situation or to be temporarily uncomfortable with the unknown and institute change in our lives! “

Even when we agree that knowledge is power, knowledge is information in the real sense, it is the application of this knowledge that gives you the power. If you know something, but don’t make a conscious effort to apply it, there will be no change.

In conclusion, I charge you today, to be intentional and deliberate in making a conscious effort to acquire knowledge, and information that will add value to your life. This type of knowledge must be the one that appeals to you. In order to acquire this knowledge, you can get mentors, coaches, or even peers who can play resourceful roles in this area because at the end of the day, knowledge is the new gold.