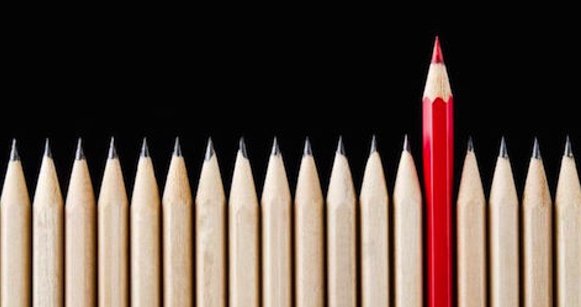 It’s a fact of life that everyone desires to be the best in whatever they do. Nobody wants to take the second position. Also, everyone loves the best person in any field whether it relates to health, law, artisanship, or pastoral calling.

Let us take for example, if you are sick, won’t you go to the best doctor that has the capacity to cure you? Will you say because he is black, white, has an accent, or does not look like you, for that reason, he/she won’t treat you? I guess your answer is as good as mine if you genuinely want to live. The reason you will require the best doctor is that you know he/she has been pronounced the best in that field. What does that tell you? It simply means he or she is unique.

If you’ll agree with me, the beauty of life is originality. Or if you have a legal case that can land you in prison, won’t you go for the best lawyer if you can afford him/her? The same principle is applicable if you are interested in a skilled worker, you will go for the best without sentiment.

If you genuinely want to make an impact in life, you must stand out from the crowd. Standing out from the crowd is not easy, especially when you have many people struggling for your attention. But the truth is that, if you truly want to see your dreams come true, you must dare to succeed by thinking like a rational entrepreneur.

According to Oscar Wilde, “Be yourself everyone is taken”.When you decide to stand out, you’ll have many voices telling you no, hold on, you can’t make it, what are you thinking, etc. But if you really know yourself, you wouldn’t care much about what other people say because their voices and opinion don’t define you. Yes, you will hear them, but at the end of the day, you’ll be rational in making the final decision when you compare their advice and you know and feel inside of you.

What most people don’t know is that you can stand out without making noise, and you can command respect as opposed to seeking attention when you create a niche for yourself. When you decide to stand out, you’ll make news, not noise; you’ll attract respect as opposed to attention; you’ll appreciate love as opposed to romance; you’ll be strategic as opposed to being erratic; you’ll persuade people to believe in your ideology as opposed to arguing with them; you’ll not dominate people, rather you’ll empower them with self-confidence; you won’t follow the bandwagon because they may not be right, and most especially, you’ll seek loyalty, not royalty.

In order to stand out, you must be courageous because people may not believe you, they might even call you names or laugh at you, that’s okay. Just know that according to Mokokoma Mokhonoana, “plants are more courageous than almost all human being, an orange tree would rather die than produce lemons, whereas instead of dying the average person would rather be someone they are not.” Most people are lazy to fight for the cause they believe in.

Global achievers who have distinguished themselves stood out for what they believe. They were once victims of greater circumstances, but they never gave up. They stood their ground for their convictions. A typical example of such a great leader is the former President of South Africa, Nelson Mandela fought against the apartheid laws in South Africa and he was even imprisoned for twenty-seven years. One major reason why he won the election was that the electorates believed in the cause he was fighting for.

Standing out makes your life easier, it helps original people to identify with you, but when you try to fake your personality, your true helpers will have a hard time locating you. When you stand out, your true color shines. According to Israelmore Ayivor, “If you want to miss your crown, follow the crowd. If you want to wear the crown, go alone and be yourself.”

It should be noted if you don’t stand for something, you will die for nothing. Can you imagine, if you are to leave the world today, what will you be remembered for? In this contemporary age of technology, it is quite easy to decipher what a person stands for by just using a simple google search. You can also use social media to find out someone’s interest.

If you are passionate about a cause, you can use social media to build a platform, you can have a website, you will find it easy to collaborate and build a partnership with like minds, you’ll be authentic in your message and what you represent. This is because, no one thinks exactly like you.

Do you know if you decide to dance on social media, teach, entertain people, or even preach on social media, you’ll attract the right audience provided you are intentional and deliberate? This is one why reason some people attract attention on social media; they are living their best authentic lives.Today, I ask you, what are you willing to stand out for?

Stand out Be yourself Originlaity Impact Oscar Wide entreprenuer Stand out from the crowd Great achivers Nelson Mandela Social Media Intentional & Deliberate Mokokoma Mokhonoana
Fret Not, That Set Back Is Your Set Up for Success
Elevate Your Game
Elevate Your Game